126 years with railways, rail infrastructure manager Korea National Railway, under its new name, will make an even better 100 years with you. 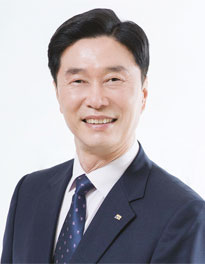 We will go with you on the fast, safe and pleasant railways

Thank you for visiting the Korea National Railway website.

Newly launched under the new name, Korea National Railway is a fully state-owned quasi-government organization founded in January 2004 for efficient establishment of the national rail network, made up of high speed, conventional and regional rails, and for resourceful management of railway assets and facilities.

Everyone at Korea National Railway is exerting our very best efforts to provide the people with fast, safe and pleasant railways. In 2004, Korea National Railway revolutionized the rail transport in the country with commencement of high speed rail services that brought people closer together than ever before. We are also working on upgrading of existing conventional railways, transit oriented development of station areas, and railway projects in other countries.

In addition, we are making thorough preparations for reconnection of the inter-Korean railways that will serve as the cornerstone of inter-Korean economic cooperation. Furthermore, innovative efforts are made to strengthen our technological competitiveness for Korea’s railways to extend beyond the Korean Peninsula to the world via Eurasia.

You can count on us to go the extra mile and more to create safe and pleasant railway environment that people can rely on and love by actively putting into action our 3-Zero Campaign for zero accidents, corruption, and carryover budget.

People come first always for Korea National Railway and we will always keep in mind that we exist and work for each and every person in Korea.

We look forward to interacting with you to realize even bigger social values together and ask your hearty support. Thank you.